Discover the legendary story behind Coffee

It’s 8 a.m. The sun starts to light up your room. The alarm sounds, you open your eyes and slowly wake up. The sleep in your eyes barely lets you see, even less think. You unconsciously walk your way towards the kitchen and make yourself a hot cup of coffee. You taste its delicious flavour as it slowly begins to push the sleep away.

You’ve just read a summary of how millions of people begin their morning (myself included, I have to admit). If you’re a curious person, and I assume you’re because you are reading this, you may have wondered “Where did coffee come from?” I mean, if you drink it religiously every day, you should know the answer, shouldn’t you?

I can imagine our ancestors having this little conversation:

“Hmmm, these things could taste better… Let’s crush them and throw some in the water”

What’s the history of coffee? Who encountered those little brown coffee beans for the first time? And who decided to add milk to them? (Someone please award that man!).

The Goat and the Coffee

No, it’s not that goats produce coffee or something like that. Please, what are you thinking about? In one of the most popular legends, they did contribute to its discovery, though. No one knows for sure when coffee was found, but a tale about goats is the most popular thought on the discovery of coffee.

To begin our story, let’s call our goat Riley. Long ago, in a forested region of Ethiopia, Riley was quietly grazing with her friends. Normal goat life. Riley, then, spot a captivating red berry bush nearby. She was probably tired of eating grass every single day; I don’t blame her.

Giving up to the temptation, she, and her friends, approached the bush. Riley quietly ate berry after berry… until she was not quiet anymore. The berries turned out to be, yes, coffee beans. And Riley didn’t know that she should eat them moderately. Our poor goat couldn’t sleep for the whole night, neither could the herder.

He figured out that Riley’s lack of sleep was due to those mysterious red berries, so he took some (Really, Mr Herder? You’re in for a second night of insomnia).

Riley’s herder felt more energized and decided to share his finding with a monk. Completely scandalized, the monk disapproved its usage and furiously threw the beans in the fire. But then, he started to smell a pleasant fragrance. It came from the fire. This was the very first cup of coffee (angel chorus singing).

Now, think of this. That hot and tasteful coffee you so much enjoy each day was brought to you by a goat and an angry monk. Talk about making history.

When coffee became more famous in Ethiopia, they started to export some of it to a neighbouring country called Yemen. I wish I had neighbours like that!

Our story continues with a man named Imam. Well, his name is longer than that, and a little difficult to pronounce. At least it is for me. So we’ll call him Imam, for short. Around 600 years ago, Imam exported some goods to Yemen. He had to cross the deep Red Sea to get there. This is the first time coffee arrives at another country and meets the sea.

Imam was a religious person. In Yemen, he and his partners began drinking coffee in the night when worshipping their god. This increased their concentration and helped them stay awake the whole night. Yes, even those with faith find it hard to stay awake without the good ol’ coffee.

The brown elixir explores the world

Do you have a friend that always talks about spending their life travelling around the world? You know he or she will never do it (Shhh, don’t spoil their dream). However, coffee did. After reaching Yemen, it became known as the “Wine of Araby”. Really exotic, huh?

Very soon, Starbucks ancestors began to appear. They were called coffee houses. People visited these places to do a lot of stuff. To talk, play games, listen to music and to get current with the latest news. Now that I think of it, you can do all of those with a smartphone. Interesting fact. But in the absence of Android and iPhones, coffee brought a lot of people together,

Not everyone was happy though. At some point, coffee got banned in various countries of the region because of its stimulating effects. How would you feel if that happened in your country? I don’t know you, but I’d pack my bags, purchase a ticket on Booking.com and take a taxi at full speed to the nearest airport.

Gladly, the restrictions were later lifted for the good of the world and coffee beans continued their journey. A remarkable victory in the history of coffee!

Coffee ended up moving to Italy. But at first, some people were, erm… afraid of coffee. Certain persons even said it was a satanic drink! Well, I understand black coffee doesn’t look as fresh as, say, an orange juice. Hence, the misunderstanding I guess.

Despite that little incident, it kept on gaining more and more fans. The rest of Europe soon fell to its charms.

In England, a coffee house became the Oxford Coffee Club. Men used to go there in their free time to share all sorts of ideas. The club grew and grew. It is today The Royal Society: United Kingdom’s national science academy. So, you know, the next time somebody asks you why do you drink coffee 24/7, tell them you’re training to become a scientist.

Coffee is a pretty ambitious character. It conquered the hearts (and appetites) of the Europeans, Asians and Africans. But that was not enough. No. Coffee wanted to take over the world. Just like the usual villains in the movies. So it travelled farther than it had until then: to the tropical beaches of the Caribbean Sea.

The history of coffee takes us to a little yet wonderful plant-filled island: Martinique, a Central American island that belongs to France. Now, I’d like to introduce another of our coffee heroes.

Gabriel de Clieu was a captain of the French Navy. He spent a lot of time in the ocean. So, what could he possibly do for coffee? He carried it with his ship to America, of course.

Gabriel got some seeds from France’s king. Some believe it was a gift, or… perhaps he stole them. Well, we do not approve of robbery, but we are happy to have coffee in America.

As expected, the coffee beans continued to expand and reached the populous United States. It is here where it engaged in a fight with America’s favourite drink by then: tea (Dramatic music sounds).

Later on, Americans began a fierce protest because of the English tax on tea. But we’re not talking about tea, right? But it was through this episode that Americans shifted to the coffee side of the force… I mean, they started drinking coffee instead of tea (Good choice America!).

Arriving at the land of the kangaroos

Coffee has taken over the world. It’s everywhere. Including Oceania and Australia. Did you know that it was brought here from Río de Janeiro? If you live in Australia, you can consider yourself half Brazilian (Okay, no, but it is impressive to know it comes from so far away).

The popularity of coffee, though, was greatly increased by immigrants who brought new methods and machines (such as Espresso) to make the drink even more delectable. Australian coffee lovers must have been excited!

During the World War, the famous brown drink gave some soldiers a hand. One million United States servicemen were sent to Australia and, guess what, they drank a lot of coffee. It seems like Australians loved it. With the departure of the servicemen, Australia kept on consuming a good amount of coffee.

If there is something important to learn here, it is that coffee’s life has been way more adventurous than many of ours. And it has lived a few centuries more than us too!

Having its roots in the old Ethiopia, coffee travelled all around the world. With the help of a goat, an angry monk, religious ones, a cunning captain, raging Americans, and faithful servicemen, it gained control of the planet.

It stayed in Africa. Arrived in Asia. Europeans fell in love with it. Americans chose it after betraying the tea. And Australians learned to love it.

As of today, coffee is the second most traded natural good in the world. It is only surpassed by oil, and even leaves gold behind.

So there you go, you’ve now mastered the history of coffee! (Pst… You can now go to show off with your friends). The next time you go to Starbucks, buy some Nescafe or make yourself a warm, brown cup of coffee, remember: it’s all thanks to an unselfish goat who spent a sleepless night for you. 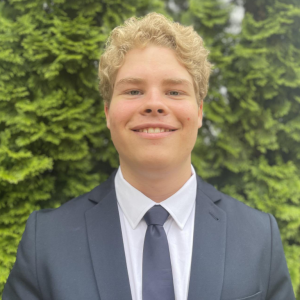